Anirevo is Super Excited to Welcome ProZD as a Guest 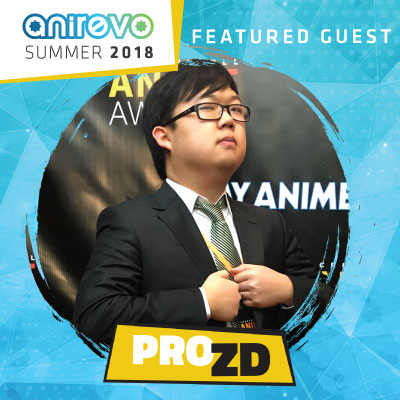 Anirevo is super excited to welcome ProZD to this year’s summer convention!

ProZD is a YouTuber who is widely known for his voice acting done in video games. His YouTube channel became a popular outlet to showcase his Vine jokes and has featured videos of various tags and unboxings. In 2017, he also starred in Anime Crimes Division, a comedy series done in collaboration with Crunchyroll and RocketJump.

I will be a guest at @AnimeRevCanada in Vancouver on August 3-5, 2018, it's my first Canadian con, hope to see some of you there