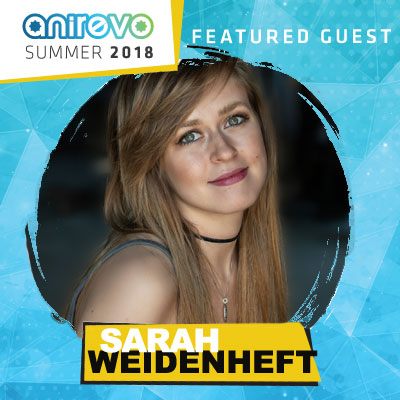 Sarah Wiedenheft is a North American voice actor most widely known for her role in Kobayashi’s Dragon Maid as the lovable dragon Tohru. Her other roles include cute characters such as Aika Tenkubashi (Gonna be the Twin-Tail!!), Ruby Kurosawa (Love Live! Sunshine!!) and Popuko (Pop Team Epic). She grew up as an anime fan herself and her favourites are Sailor Moon, Dragon Ball, Card Captor Sakura and Inuyasha.