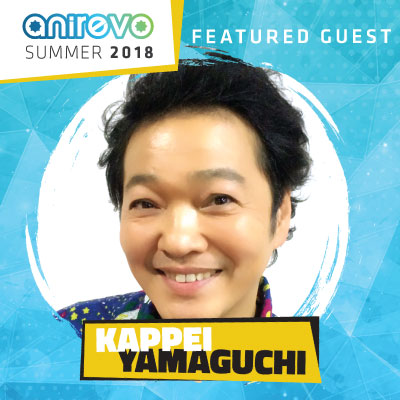 Anirevo is thrilled to welcome iconic voice actor Kappei Yamaguchi as a returning guest for Anirevo 2018!

This year marks Kappei Yamaguchi’s second visit as a guest at Anirevo, with his first appearance being at Anirevo 2013.

Super excited to announce that voice actor Kappei Yamaguchi (@ENma_Dororon) will be joining us again this year for #Anirevo2018! Check out his greeting message! 😊 pic.twitter.com/BfRl9WX9l1