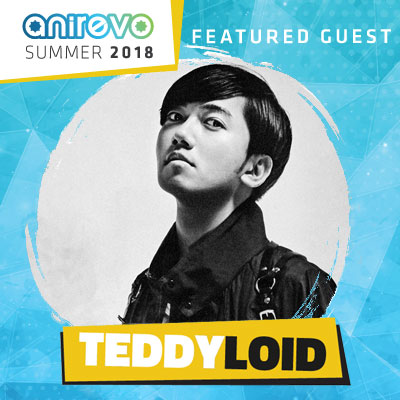 Anirevo is incredibly excited to welcome TeddyLoid as this year’s musical guest!

TeddyLoid is a renowned Japanese DJ and music producer. He first began his path in music when he learned how to play the electric organ at the age of 2, which was then followed by his interest in beatboxing. When he was 18, he became MIYAVI’s DJ and sound producer during his 2008 world tour.

TeddyLoid is well recognized by anime fans for working with ☆Taku Takahashi (m-flo) to produce the OST for Panty & Stocking with Garterbelt. He further expanded his career as he worked with Shibasaki Kou and DECO*27, Momoiro Clover Z for Neo STARGATE, as well as providing arrangements for the Gazette’s album TOXIC. He is also known for providing BGM for Mekaku City Actors. We look forward to welcoming TeddyLoid to Vancouver this summer!