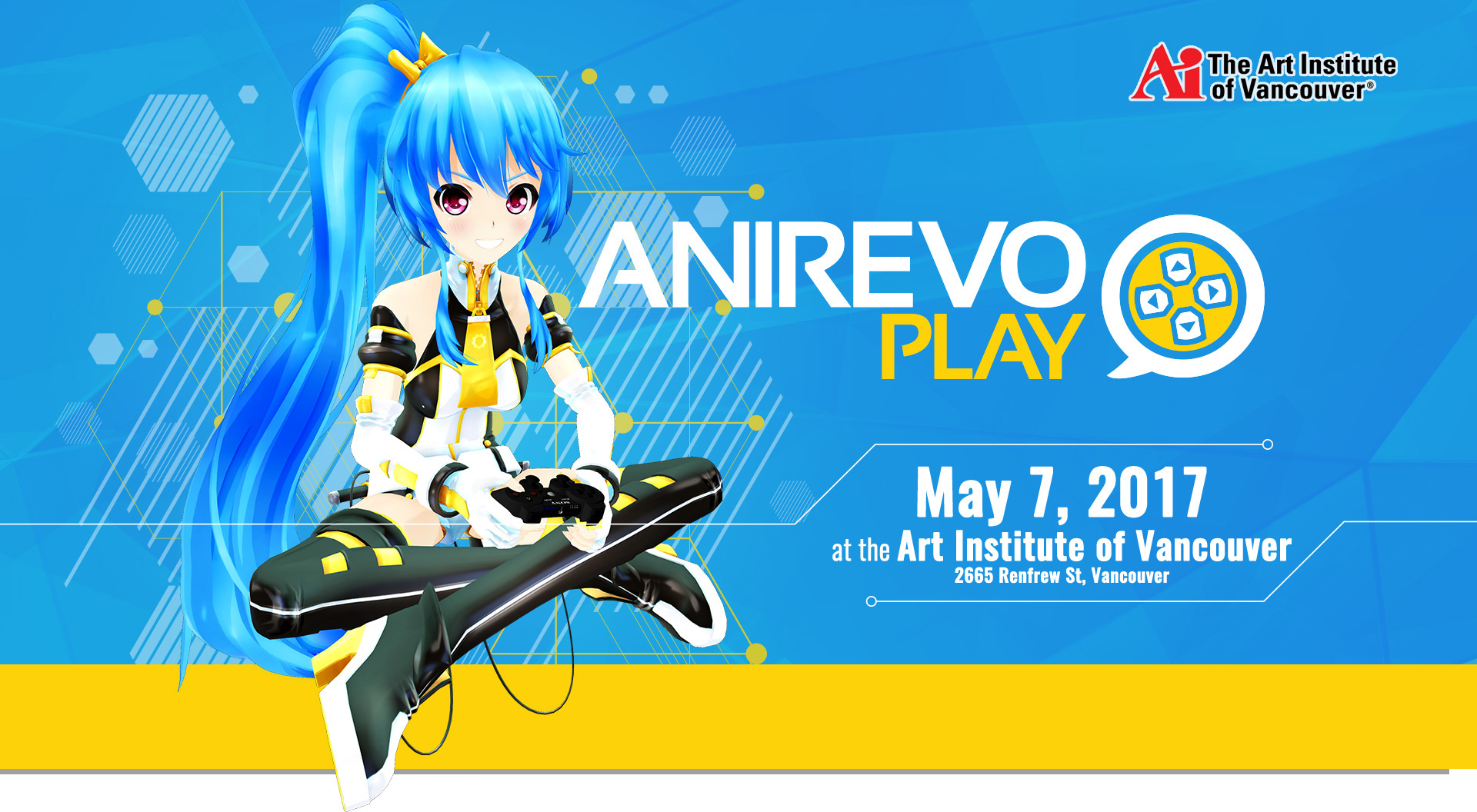 Join us for our first year of AniRevo Play this May 7th, 2017 at the Art Institute of Vancouver!

AniRevo Play seeks to create a resurgence in the local gaming scene in Vancouver, where competitive players and fans can gather and participate in our inaugural event.

Show off your skills and establish yourself among the local gaming community! Make new friends and new rivals, all while shooting for the grand prize pool rewarded to the winner(s) of each tournament!