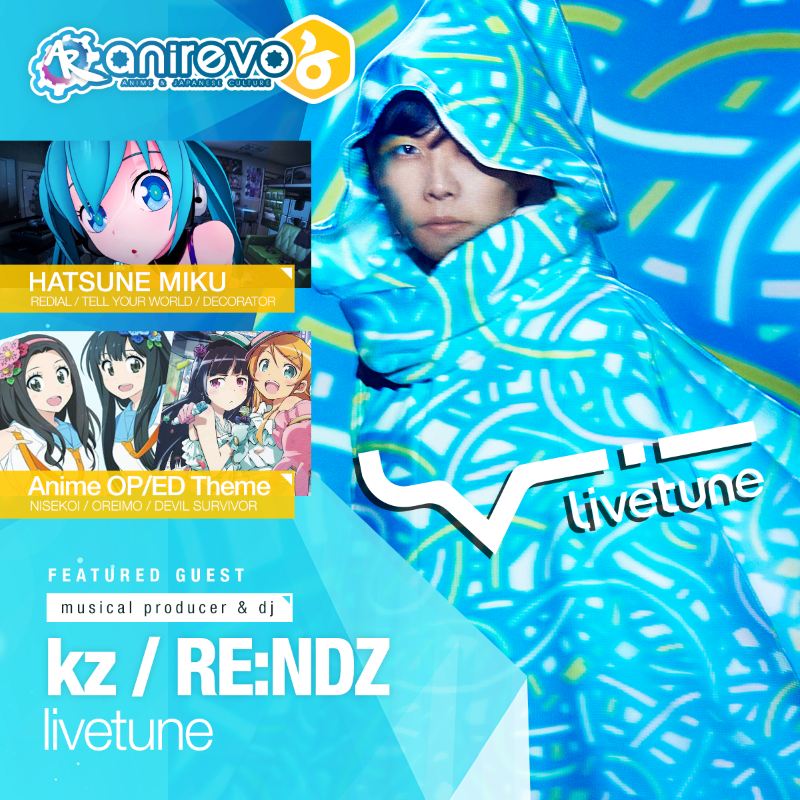 For our 5th Year Anniversary, we’re happy to be joined by kz (aka RE:NDZ) from livetune! ANIREVO 2016 is proud to be the be the first North American convention to host musical producer kz! Known for producing various vocaloid pop music with Hatsune Miku, as well as theme songs for shows such as Ore no Imōto ga Konna ni Kawaii Wake ga Nai and Nisekoi.

Check out kz’s music at youtube.com/user/kzlivetune

kz will be hosting the Anirevo Afterparty on Friday 10pm, tickets available at https://tickets.animerevolution.ca/ he will also be at the Saturday night rave.