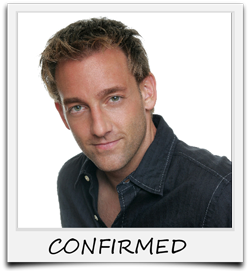 Mr. Corazza is probably most well known in the anime world as the longest running of three actors lending his voice to Darien Shields / Tuxedo Mask in the DiC/Cloverway english dub of Sailor Moon; he was also Alan Granger in the series. Vincent has also lent his voice to various characters in Beyblade, as well as video games such as “Carlos Oliveira” in Resident Evil 3: Nemesis and “Zexion” in Kingdom Hearts RE: Chain of Memories. He will be joining us as part of a special 20th Anniversary Sailor Moon Celebration Panel planned for Anime Revolution 2012!